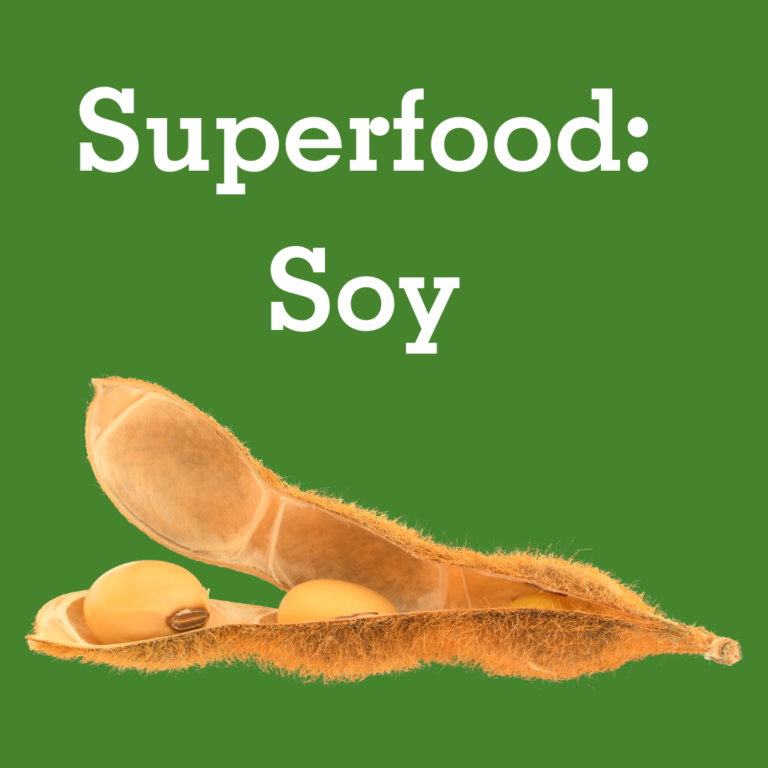 Why soy is a superfood

Soy has been eaten for thousands of years. Yet in the last few decades there has been a lot of propaganda by meat / dairy lobbies putting soy in a bad light, affecting people to avoid soy.

I don’t know about you, but I’ve personally never met someone who is allergic to soy, however I’ve met numerous people who choose to not eat soy, apparently for health reasons – well, please rethink your choice, you are missing out on a superfood which can be grown almost every where in the world and has numerous health benefits. According to the FDA (USA) only an estimate of 0.2% of all people are allergic to soy. It’s one of the least common food allergies (after cow’s milk, peanuts, tree nuts, fish, wheat etc.)

Let’s take a closer look at why soy is definitely a superfood.

First of all: Soy has a complete protein profile, meaning that it has all the 20 amino acids that make up the proteins in our body, more importantly it has all the 9 essential amino acids, meaning the ones that your body can’t build on it’s own but they must come from food. Soy is very high in protein (about 36% in the raw beans). Furthermore, soy provides high quality monounsaturated and polyunsaturated fat (omega-3 fatty acids). Soybeans are also a great source of various vitamins and minerals, including calcium, iron, potassium, vitamin B1, B2, B3, B5, B6, B9 (folic acid) and vitamin C (the list goes on…). It contains fiber and since it’s plant-based it’s completely cholesterol-free. If we were to compare only the nutrition profile of soy to let’s say, quinoa, known as one of the most nutritious plants on the planet, soy is actually more nutritious than even quinoa (in both micro and macro-nutrients). Don’t get me wrong, quinoa is a great and very healthy grain (actually seed), but another plus for soy is that it can be grown on every continent on the planet, thus it’s a way more sustainable choice, not even touching on comparing the costs. 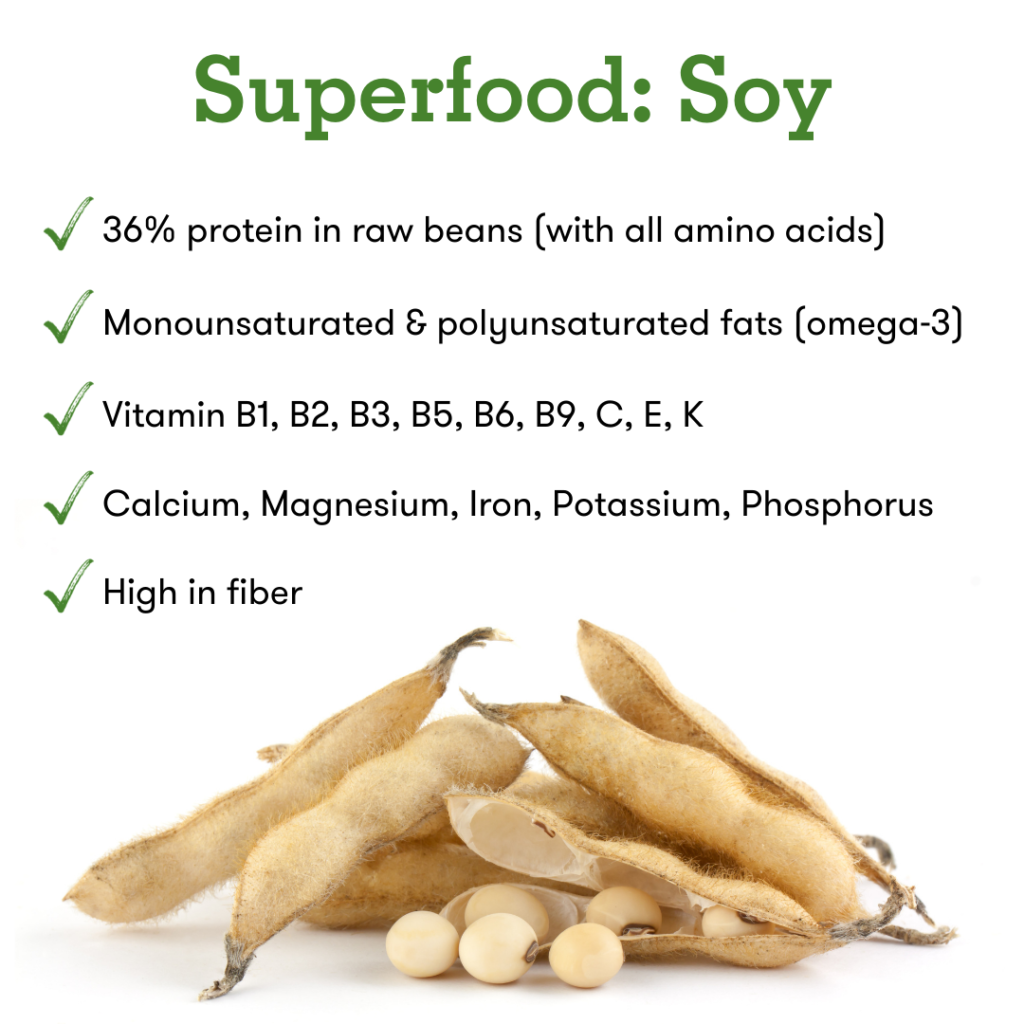 Another reason why soy gets avoided is because there are GMO soy crops. This is indeed alarming, but we need to know that this GMO soy is almost exclusively fed to livestock. According to WWF, 75% of all the soy grown worldwide is actually fed to animals. These crops are widely grown in North and South America and are the number 2 cause of deforestation of the Amazon, with cattle ranching as number 1 cause, which goes hand in hand with number 2 cause, since this GMO soy is fed to the livestock. Whenever you buy soy, you are most likely not buying GMO soy, however, whenever you buy food, simply choose organic.

Please do your own further research on the propaganda against soy, GMO soy crops, and of course the amazing health benefits of soy. 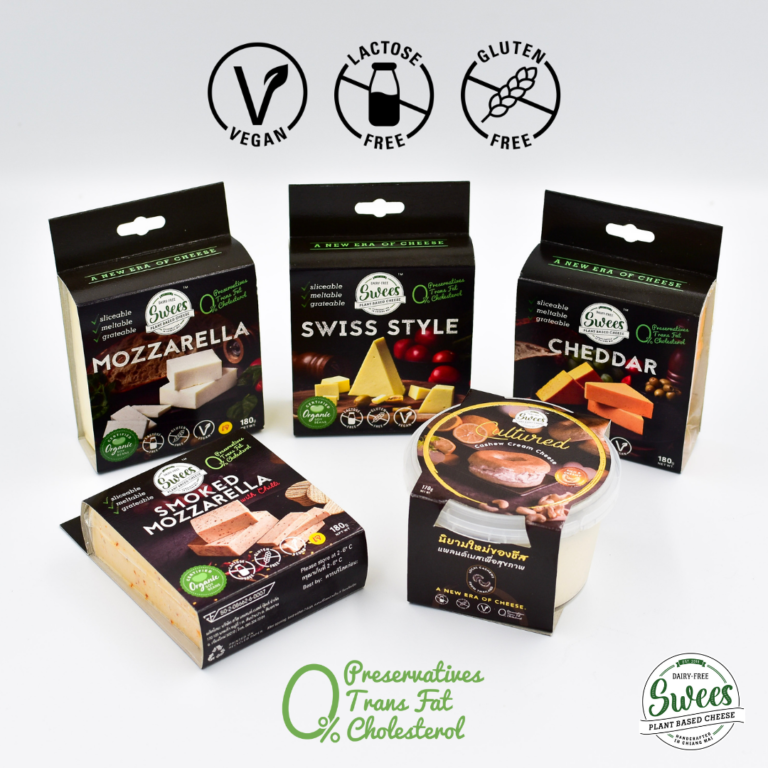 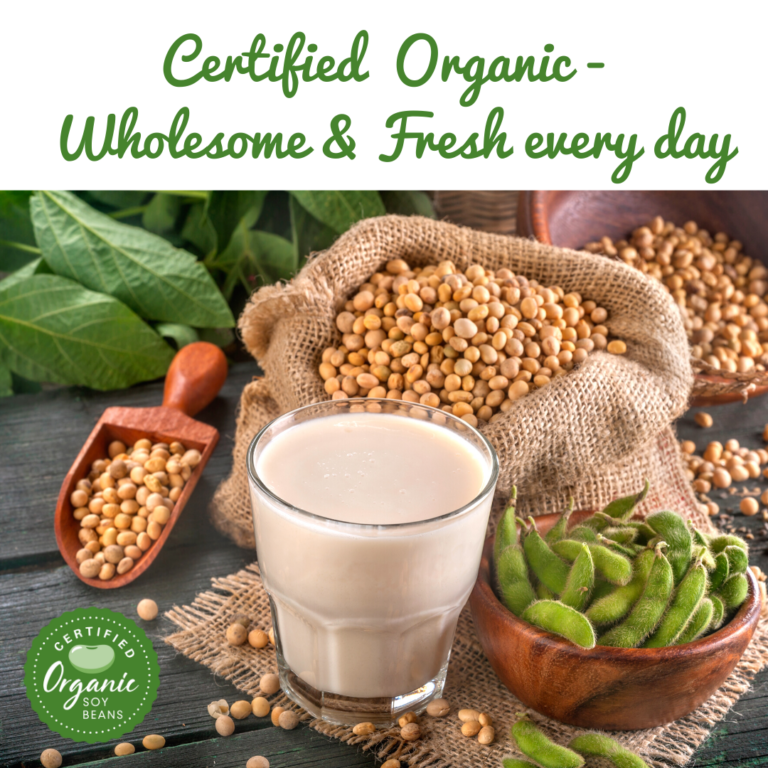 The pride in our homemade, organic soy milk 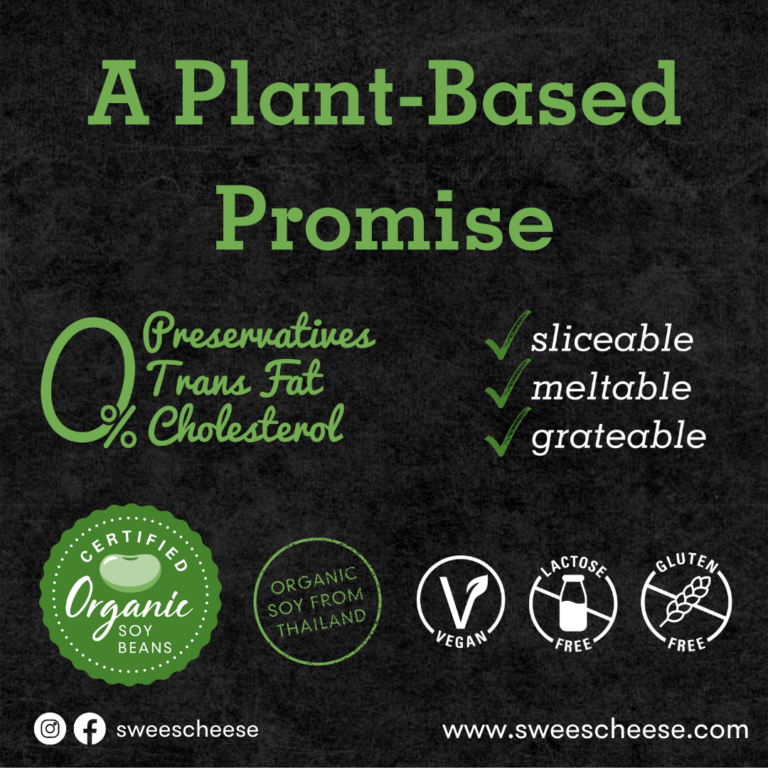